The past few years have been a real roller coaster ride for the dairy industry. The industry has experienced substantial expansion, record pay outs, contamination scares and, as currently being experienced, periods of low demand and low projected pay outs.

For those new to the industry the past few years have not only provided an insight into how volatile the industry can be, but no doubt a few sleepless nights too. For those who have been in the industry long term, like the husband and wife team of Terry and Lisa Yates from Dannevirke, it’s more like a case of déjà vu; this is nothing they haven’t experienced before.

Terry and Lisa run three dairy farms and two dry stock support blocks on the outskirts of Dannevirke. Terry has been farming since he left school, initially working on a dairy farm before purchasing his own in 1979 in Pahiatua. A further four farms were purchased over the next 30 years, giving a total of 500 hectares of farm land. Terry and Lisa have contract managers overseeing the 850 dairy cows on the farms. They live on the property that supports the dairy farms by providing grazing and supplement feed.

The current challenges facing dairy farmers is something Terry and Lisa have been through before, in fact there is not much they haven’t seen in their 40+ years in the industry.

“Farming conditions over the last 12 months have been a real mixed bag, let alone the last three years,” Terry states, “the climate was pretty average, production was above average, the dairy farms were down 45% against the previous year’s income however we got great store cattle prices – definitely a real mixed bag” 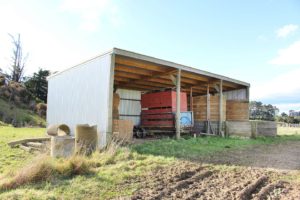 On top of the challenges and changes the market has and continues to provide, Terry and Lisa have also faced their own challenges on farm throughout the years. New climate patterns and environmental requirements have required the Yates to alter the way they operate on farm, to ensure they are not only farming in a responsible manner, but are also improving the productivity of their farms. This has seen them increase the use of supplements on farm, to not only maintain the quantity of milk solids per cow, but to increase it. “Closely measuring and understanding performance on farm is critical,” Terry says, “it makes decisions on new projects, new purchases or alternative practices easier to make. We consider many factors prior to undertaking a new project – impact on cash flow and profit, long term viability, alternatives, priority and lifestyle are all key considerations.”

When the decision to proceed with a new project or purchase is made, Terry and Lisa give carfeul consideration to which advisers and suppliers they work with.

“We have been a customer of Goldpine for many years,” Terry says, “whether it’s for fence posts, timber for rails and yards, sheds, or general fencing materials, Goldpine is the place we go. They have a fantastic range of quality products available at very competitive prices, and their guarantee on any broken Superposts is fantastic, even though they hardly ever break!” 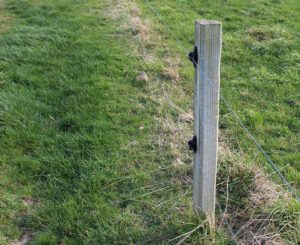 Looking forward, Terry and Lisa see more challenging times. “Over the next two years dairy farms will be going through the motions of survival,” Terry believes, “opportunities for progression on farm in the next couple of years will be limited due to the decline in dairy prices. There will then be a period of ‘catch up’ before fully recovering and moving into progression again – but then again the dairy industry has been and is volatile, so anything is possible. Fonterra has some work to do to gain back some credibility, retain and deliver to its shareholders and get its global strategy right”.

So Terry and Lisa have tightened their belts and spending is being limited to the critical projects and where the opportunities lie. One project they do have on the go is the construction of two new Strongbuilt® Sheds. There are already two Strongbuilt® Sheds in use on farm. “The Strongbuilt Sheds are a great example of the quality product Goldpine has available,” Terry says, “they are built using quality components meaning they are extremely strong. If you are going to invest in a Farm Building, you want one that will last and stand the test of time – that’s why I choose Strongbuilt Sheds” 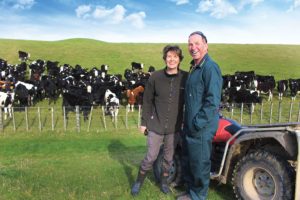